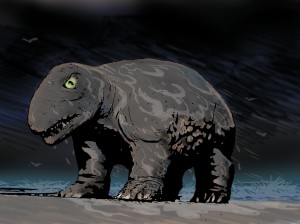 Sightings of four species of sea monster have been reported at various sites around Iceland.  Known as the fjörulalli ( Shore Laddie ), hafmaður ( Sea Man ), skeljaskrímsli ( Shell Monster ) and faxaskrímsli ( Combed Monster / Sea Horse ), each has its own distinctive features. What makes Arnarfjördur unique, however, is that all four types have been seen there over the years, along with a number of others, some very large indeed. The images here below have  been rendered by an artist from eye witnesses account. 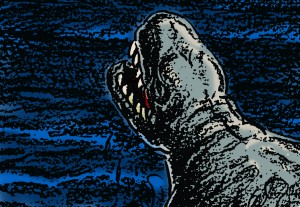 The Shell Monster is described as a black scaly animal, stocky in build with a large head an massive mouth. The Shell monster in not unlike hippopotamus in shape but bigger. Witnesses have claimed it is as large as a dinosaur and due to the shells covering its body it has a distinctive rattling sound as it comes ashore.

Last seen in 1951 in Arnarfjörður 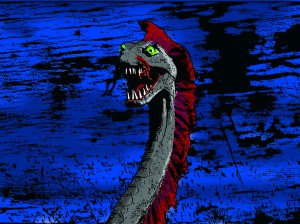 The Mane Monster/Merhorse is readily identifiable by its bright red mane and flashing green eyes. The Marehorse or Faxi as it is called in Iceland is has been frequently spotted in Arnarfjörður at the west fjords of Iceland. It closely resembles the dragons portrayed in Chinese art. This may be the same creature as the red comb monster who was known by seamen through the centuries.   That creature represented a real thereat reckoning boats and drowning its crew. Today its diet is presumed to be of mussels and other shellfish. 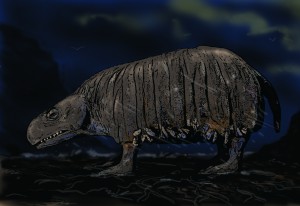 The Shore laddie is the most frequent sighted sea monster in Iceland. Hundreds of stories exists dating back to the 18th century about this creature interacting with humans.  It is brown or grey and had long fur where barnacles and mussels grow causing a very distinct clicking sound as it walks the shores. It has been spotted in all of the southern region of the Westfjords the many islands of Breiðafjörður. This ram sized creature is covered with brownish fur and has fangs and face similar to seals and otters. There is a debate about if this creature is hoofed or if it got webbed feet. Although the Shore Laddies are vegetarian, they allegedly and somewhat bizarrely have a perverted penchant for pregnant ladies. They will also inseminate an unlucky sheep, although farmers report any lambs being born as being deformed to the rear. These creatures are shore dwellers, and there are still to this date witness accounts of them prowling the beaches and coves of the West Fjords of Iceland. 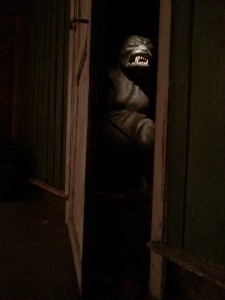 The Merman is nothing like the mermaids of children’s fairytales. This creature is over two meters tall as it stands on its hind legs. It is described as the ugliest thing one could ever see. The belly hangs down as the creature drags it by the surface. The Merman is said to have long hind legs angled underneath it and very short hand like front legs with claws. The skin resembles a larvae skin as it is almost transparent. Its face is the worst part, round staring eyes and the mouth flashes a set of long saber like teeth.

View all posts by admin →